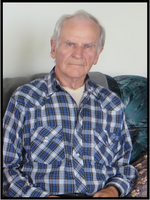 Metro was born September 8, 1932 to parents , John and Katherine Borowetz on the family farm near Hudson Bay, Saskatchewan. Metro attended Fair Haven School in the Veillardville area. After leaving school, he worked with his brothers in the bush, and later worked for the CNR in the Hudson Bay Area.

In 1970, Metro married Olga Holowchuk (nee Okraincee) of Weekes and farmed with her there until retiring in 1990 after which the land was rented out.

Donations in memory of Metro can be addressed to New Market Place, Tisdale, Saskatchewan.